A coach who has trained Mansfield’s most successful swimmers has won two top awards in a week.
Glenn Smith, Mansfield District Council’s Swim Coach and Development Officer, received the prestigious Para-Coach of the Year Award for 2015 from the British Swimming Coaches Association.

The award was presented at the association’s 50th anniversary swim coaching conference, which took place in Birmingham from 25 to 27 September.
Glenn, who coaches Paralympic swimming champions Ollie Hynd MBE and Charlotte Henshaw, also won the Para Swimming Coach of the Year Award at the inaugural British Swimming Awards on Saturday (3 October). Ollie Hynd was shortlisted for Athlete of the Year.
Ollie and Charlotte both train at the Water Meadows Swimming and Fitness Complex and belong to the Nottinghamshire ASA County Swim Squad, Nova Centurion – Mansfield Squad. They have worked their way to the top of British, European and world tables and achieved numerous records and medals. 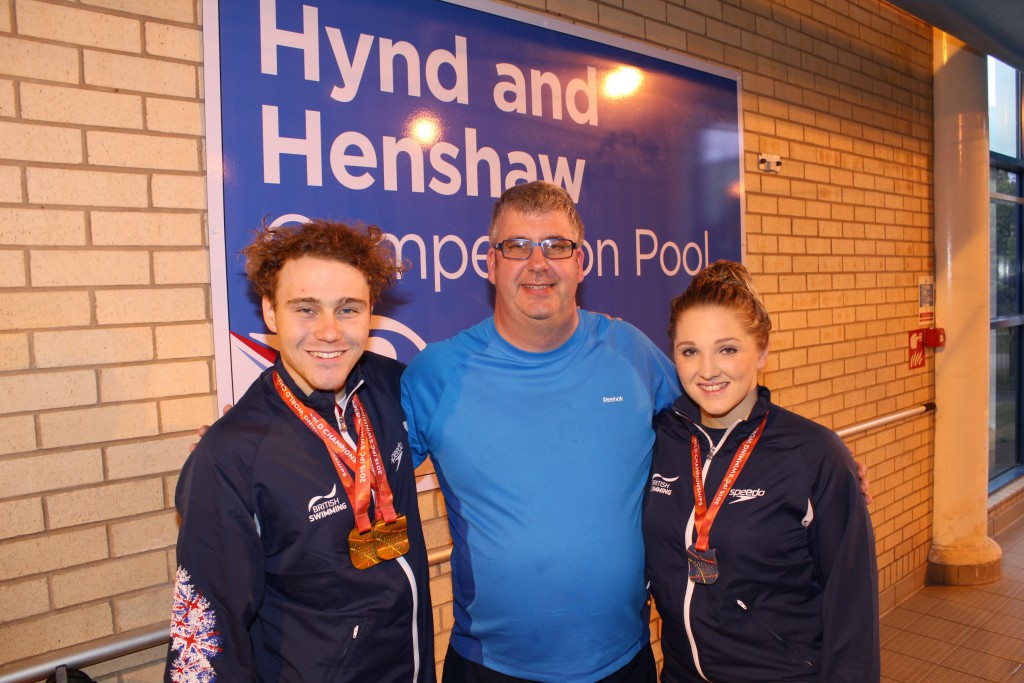 Glenn said winning both awards was overwhelming. He said: “These awards are as much for Ollie and Charlotte as they are for me. The highlight of the past year was the world championships where Ollie won two gold medals and broke his brother Sam’s world record. Charlotte won a silver medal and broke two European records in the same day. You can’t get much better than that. Now we are working hard towards the Paralympics in Rio next year.”

Cllr Andrew Tristram, Portfolio Holder for the Environment at Mansfield District Council, said: “To win two prestigious awards in a week is testament to Glenn’s drive, professionalism and commitment to sport within the district. On behalf of the council, thank you for your continued hard work – you make Mansfield and this council very proud.”

Glenn could make it a hat-trick later this month as he is nominated in The Brian Clough OBE – Manager/Coach of the Year award at the Nottingham Sports Awards 2015. The winners will be announced at a ceremony at the East Midlands Conference Centre on 29 October.